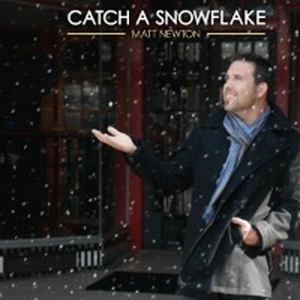 Radio Quotes "This is great!" "For the season we will give it as much airplay as possible!" Norbert Miles Kint 98 FM

"Lovely song!" "Thanks so much!" "I have sent to production area." Tamara Alvarez M FM Okey

Matt Newton grew up in Washington, Indiana on thirty acres of farmland. At the age of seven his mother noticed that he had good pitch and started teaching him to sing harmony with her at the piano.

Matt became lead singer of the rock band, Anarchy at age 17. After performing all over the U.S. in various performance venues, Matt performed in Okinawa, Japan at a five star hotel in 1996. Then he moved to Nashville, Tennessee to pursue a record deal. Newton was hired at Opryland USA and started performing in various shows at the nationally known theme park, including Dick Clark's American Bandstand Classics.

In 1998, Matt won the coveted role of portraying Phil Everly in Bye Bye Love, The Everly Brothers musical at the famed Ryman Auditorium. Soon Matt was performing on the Grand Ole Opry, opening for the Everly Brothers and Tim McGraw. This got the attention of record labels and in 1999, Matt Newton was signed as part of a Music City duo. Last year Matt Newton signed a recording contract with award winning ASCAP Nashville, Tennessee company, Clinetel Music.

His YouTube video, "Catch A Snowflake" has logged over 2 million views through February of this year! Dove and Grammy nominated writer, Thornton Cline has been recognized as “Songwriter of the Year” twice in a row by the Tennessee Songwriters Association.

He has had over 150 major and independent recordings by Engelbert Humperdinck, Gloria Gaynor, Tammy Trent, Mark Chestnut, Tim Murphy, The Manhattans, Ray Peterson and Billy and Sarah Gaines. Matt Newton continues to be an in-demand session singer in Nashville. Matt Newton continues to stay busy as co-owner of the music entertainment company, Now and Foreverly (The Everly Brothers). Matt is currently lead singer for Hot Blooded, the world's top Foreigner tribute band.

Posted by Kenneth Howard Smith at 11:26 AM