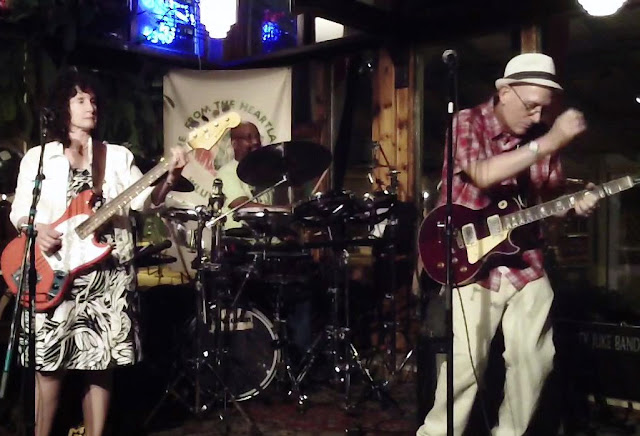 Basic Band Info
Band Name:
Kent McDaniel
Album Name:
He Flies
Year Released:
2017
Email Address:
kentmcdanielband@yahoo.com
Website:
https://dumbfoundingstories.com/2017/04/03/playlist-live-at-custer-street/?iframe=true&theme_preview
Music Style:
Indie Rock
Influences:
Hank Williams
We Sound Like:
Steve Miller
Performing Rights Society:
Label Affiliation:
Unsigned
Geographic
Hometown:
Chiccago
Country:
USa
Touring your Region?:
No
Band Description
Kent McDaniel writes straight from the heart. Sings like "John Prine crossed with Roy Orbison" according to one writer. And his guitar work "sparkles with melody while slinging fire," according to another.
Kent McDaniel was born in Paducah, Kentucky. After school he moved to Chicago, which he regrets each January. He's played in about every kind of band, and appeared everywhere from The Last Stop Tavern in Massac County, to The Other End in New York. Currently he and his wife and friends appear around Chicago, where they mix styles and instrumentation with abandon. His lyrics are catchy, but that doesn't make them shallow. And don't say it does.

The songs on He Flies are singer/songwriter music--the same way Chuck Berry's and Hank Williams' tunes were. They come straight from the heart, say something, and rock. You'll hear blues, country, jazz and rock here, sometimes all in the same song.