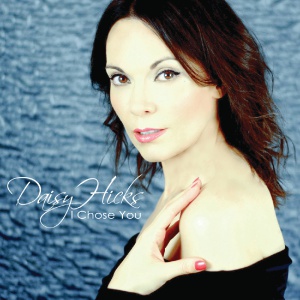 “Hicks has got enough talent to hold her own against some of the biggest names in the game right now, and if she continues to make music that can evolve and progress, it won’t be long before she’s influencing an entire new era of jazz” - The Indie Source’ Music Mag

“Some critics might want to liken Daisy to Norah Jones, and I don’t necessarily know if I could agree with them. It’s that unlike Jones, there’s a uniquely out of the box vibe that Hicks brings to the table when she weaves the tapestry of her lyrics into the colorful tones of her music. Her style is steeped in an uninhibited and indie-inspired rebellion that is more akin to the conceptual theory set forth by the Duke or Miles than Norah Jones’ style ever was.” – mobangles.com

“Inside the smoothest of rhythms is a million tiny synchronized parts working together to generate music that challenges our instinct’s grasp of harmony and provokes us to dig deeper into these melodies that formulate such a strong reaction within our soul. Occasionally we get the opportunity to hear an artist that makes these micro-explosions all the more accessible for us appreciate as fans of the fine arts, and in Daisy Hicks, we have a true steward of the tried and true ways of jazz’s old school. Not only does her new song “Upside” live up to its title in giving us a glimpse into the softer, more optimistically positive side of jazz’s sometimes jarring landscape, but it leaves a strong enough impression to garner new, youthful attention to a genre that a lot of the major labels have abandoned in recent years.” – No Depression – The Journal of Roots Music

“2018 has seen a lot of really great releases so far, and among them I’ve been able to listen to and review a handful of decent ones, a few good ones, and maybe one or two really great ones. Not only is “Upside” (from Daisy Hicks) the first really well designed extended play I’ve heard this year, but it’s the first jazz record I’ve really felt comfortable endorsing. I listen to a little bit of everything, but I do consider myself a bit of a snob when it comes to jazz music. Instead of pacifying my thirst for odd time signatures and dexterous, thought-out harmonies with jagged beats and falsetto singing that owes more to indie folk rock than bop, Daisy dishes out a completely different style of smooth jazz that is ego-free and non-synthesized to boot. Is this the singer/songwriter that the genre has been looking for to lead it into the next decade?” - Sebastian Cole – gashouseradio.com

“The amazing thing about songwriters like Hicks is that they can make their home almost anywhere that they wish, because good composing allows for artists to transcend scenes, genres and eras all the same. Daisy Hicks may just be the queen of summer 2018.” - Trace Whittaker – skopemag.com

English-born, Australian-raised singer-songwriter Daisy Hicks brings you her new single “I Chose You” from her upcoming album due for release late 2018.

Following her previous EPs “French Café” and “Upside”, the new single “I Chose You” is another example of Daisy’s crystal-clear vocals and commercial song-writing appeal. Being the daughter of legendary jazz drummer Tony Hicks (Back Door) and closely related to international recording artist Chris Rea, Daisy’s music pedigree is undeniable.

“I Chose You” comes with 3 versions - the beautifully soaring Original, a cross-over radio mix by Gil Cang, a complex new-jazz remix by Sir Piers and an infectious remix by Ruff Diamond laced with subtle influences of early Sade.

Daisy’s previous single “Upside” has had unwavering radio support around the world, currently sitting at #8 on the Euro Indie Music Charts, rapidly climbing the DRT Global Airplay charts and massive radio support in the US, UK, Europe, South America and beyond.  Her EP “French Café” reached #2 on the Official European Independent Charts and had great radio support across the UK and Europe.

Daisy’s distinctively crystal-clear vocals always soar above the music and is played in thousands of shops, shopping malls, bars and airlines and her track "So Much More Than Love" featured on the hit show ‘Pretty Little Liars’. Daisy’s cool, honey-sweet vocal style that is effortless but has the power to delivers her songs with a depth that makes it both timelessly beautiful and addictive to listen to.

Supported by over 14M views and 10’s of 1,000’s of comments on her Facebook videos, Daisy’s music is a breath of fresh air!
Posted by Kenneth Howard Smith at 5:25 PM