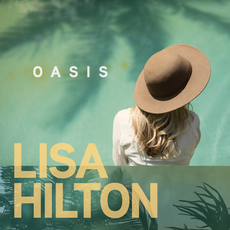 A safe haven is what the acclaimed pianist and award-winning composer Lisa Hilton has created with her new release, OASIS. Along with her smart and talented trio mates, bassist Luques Curtis and drummer Mark Whitfield Jr., they have delivered on that promise with a new album that is at times upbeat, tender, emotionally intelligent, and all around well-conceived.

On OASIS, Hilton notes that the album title refers to a place of refuge, and relief and knew, while she herself needed an antidote during these tumultuous times, others were seeking their own safe haven as well. The opening track, Twists of Fate surprises the senses with its cool laid back vibe laced with energy related to the electricity of Thelonious Monk and Count Basie’s best excursions in bop with Hilton leaving plenty of aural room and Curtis and Whitfield laying down some incredibly arresting rhythms.

Then the trio segues into the Horace Silver influenced, Adventure Lands. Compositions like the title track, Oasis, Watercolor World and Sunday Morning showcase the trio’s collective ability to coalesce around an ethereal or, conversely, ecstatic moods; at times with washes of free jazz and cascading notes fluttering with joy.

The classic George Gershwin tune, Fascinating Rhythm now travels in some new directions with the supple grooves of Curtis and Whitfield as well as yielding the melody under Hilton’s supple touch, and is a good companion to Hilton’s Vapors & Shadows as well as the lively Just for Fun.

Lazy Daisy is a slow blues for a sunny afternoon, though here with an impish “twist” mixing bluesy tones against the baby-steps of innocent melodic ideas. Latin rhythms weave in and out of Hilton’s compositions, and here are showcased on the fast-paced Sunshine States. Warm Summer Night ends the album in a solo piano version awash in Americana.

Hilton continues to produce an album a year with what has been described as a “throbbing undercurrent of West Coast Cool.” This year she’s joined with Mark Whitfield, Jr. who made his first concert appearance at age two as a guest drummer with his father, guitarist Mark Whitfield, and clarinet legend Alvin Batiste, then two years later appeared with them on Good Morning America. Whitfield, Jr. later attended Berklee college on a full scholarship. Luques Curtis on bass is a recent recipient of the Down Beat Magazine Critics Poll Rising Star Bassist. He has performed on several Grammy-nominated releases.

"'Oasis' is freedom and lyrical art. It overflows with Hilton’s somersaulting narrative, lyricism in every note, turning and churning in on itself — expressed with thought, clarity, and the fusion of movement and texture. Hilton slips in a whirlwind of feeling in “Watercolor World,” as a painter would to her canvas — in splashes and spurts, behind your back.

The composition unravels in ever-shifting threads, which she seems to brush and stroke back into a semblance of an orderly life. Her aerial lifts bank up against contrasting, darker chords for that subtle textural context she’s known for.” Festival Peak/ CarolBanksWebber

“Because of her serene manner, glorious stylings and superb leadership skills, this award winner have gained the respect of an array of living legends, and she has worked alongside MANY. It all translates into extraordinary music that is compared to jazz and classical icons. Lisa Hilton is RARE.” Hybrid Jazz

“Reliably exceptional – that is how I would describe Lisa Hilton. … Her composing and performance could be described as existing between impressionism and expressionism, but the one thing all her performances have is a heartbeat. Swinging-ly grounded in the beat she establishes is where Hilton’s charm shines the brightest.” C. Michael Bailey/All About Jazz

“Hilton takes it old school with a cool school set…the vibe is low key and the notes get your head bobbing. Mighty chops and good taste…another winner from a winner herself.” Midwest Record