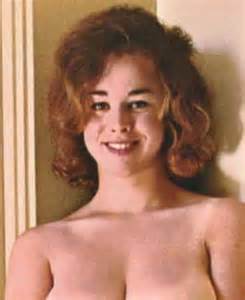 EBay.com's bins are overloaded with "soft pron" memories from WWII.  But whose pictures dominate the listing and the sample sites. .  . Janey Reynolds.  You will pay a pretty penny for these reprints from the original negatives and slides.

In the early 1950's the famed "Pin-Up Models" from WWII carried over into the new era of photography.  The boys of the war only got the "clean" image photos that you could send home to mother.  But now, the estates of many of these actresses, i.e., Hedy Lamarr's full color photos of her in the nude in various positions, is a little to much to believe, as this girl invented the US Navy's torpedo.

Not much is known about Ms. Janey Reynolds from Canada.  She has changed her name as many times as some countries.   Ms. Reynolds photographs have appeared in over 1,000 magazines all over the world.  She is considered the most photographed woman in the world.

Let's not just point fingers at the "bad" girls, as one must exclude Ms. Lamarr's full nude from the other girls who just wanted to get their pictue taken, and exclude the one girl that is that most photographed woman in the world at that time was Miss Janey Reynolds.

The pictures of these glorious females in all their abundant beauty and form is all that is left of these media industry pioneers.  There are very few stories of these ladies, especially Miss Janey Reynolds of Canada.

"Fling") was a Canadian girl born circa 1943 who measured 43-25-38. She made a healthy number of appearances in various big-bust pinup mags during the span of her career, which seems to have lasted roughly five years, from 1963-1968.